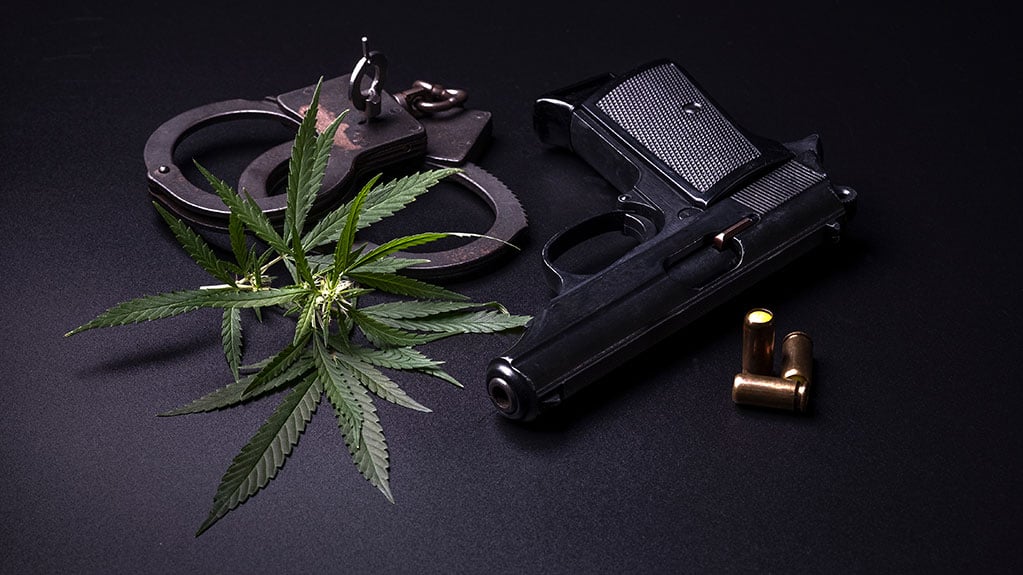 As more and more states legalize the medical use of marijuana, understanding the laws revolving around guns / ownership becomes all that more important for responsible gun owners. A misstep could land someone with a felony charge!

Federal law prohibits medical marijuana users from possessing or buying firearms and ammunition — even if state law allows the drug’s use. An individual can’t have both licenses. Under federal law, any marijuana user is an unlawful user of a controlled substance. The 9th Circuit Court of Appeals has upheld this rule. Marijuana in any form is illegal under federal law. Users of marijuana are prohibited persons. Checking ‘no’ on question 11(e) on the Form 4473 would be a lie if you use marijuana, which is a federal offense. See this ATF letter on the topic.

Here’s a breakdown from the USCCA Blog:

Likewise, it’s a federal crime to sell a gun or give a gun to someone suspected of being a user of controlled substances.

ATF Form 4473, Question 21E, currently reads: “Are you an unlawful user of, or addicted to, marijuana or any depressant, stimulant, narcotic drug or any other controlled substance?

Warning: The use or possession of marijuana remains unlawful under Federal law regardless of whether it has been legalized or decriminalized for medicinal or recreational purposes in the state where you reside.”

The form, required for purchase of a firearm through any FFL dealer, leaves marijuana users with three choices:

1. Do not buy a gun through an FFL dealer;

2. Answer honestly, which would void the sale; or

Tempting as the third option might be, providing false or misleading answers on a federal form could lead to felony charges. Writing false statements on Form 4473 is a crime punishable by up to 10 years in prison and up to a $250,000 fine, according to the U.S. Government Accountability Office.

Violators may take comfort in the knowledge that such prosecutions are rare. According to a Washington Post review of 112,000 federal gun-purchase denials due to applicants falling into “forbidden categories” in 2017, the ATF investigated 12,700 and prosecuted just 12.1

However, there’s always the risk that a gun owner could be involved in a shooting. If the police go through his or her wallet following the shooting and locate a medical cannabis card, they could pull that person’s Form 4473 and charge him or her with a felony crime for lying on the form.”

Remember, federal law supersedes state law, regardless of whatever legislation a state has written into its law books on gun ownership and medical marijuana.

Coronado Leather Concealed Carry Purses: Are They Worth The Wait?

One of the best brands of concealed carry leather purses is Coronado Leather.  Beautifully crafted,…

Women and wheelguns: The top 5 revolvers for concealed carry

On Friday, June 20, it was reported that Smith & Wessons sales were down. Wall…