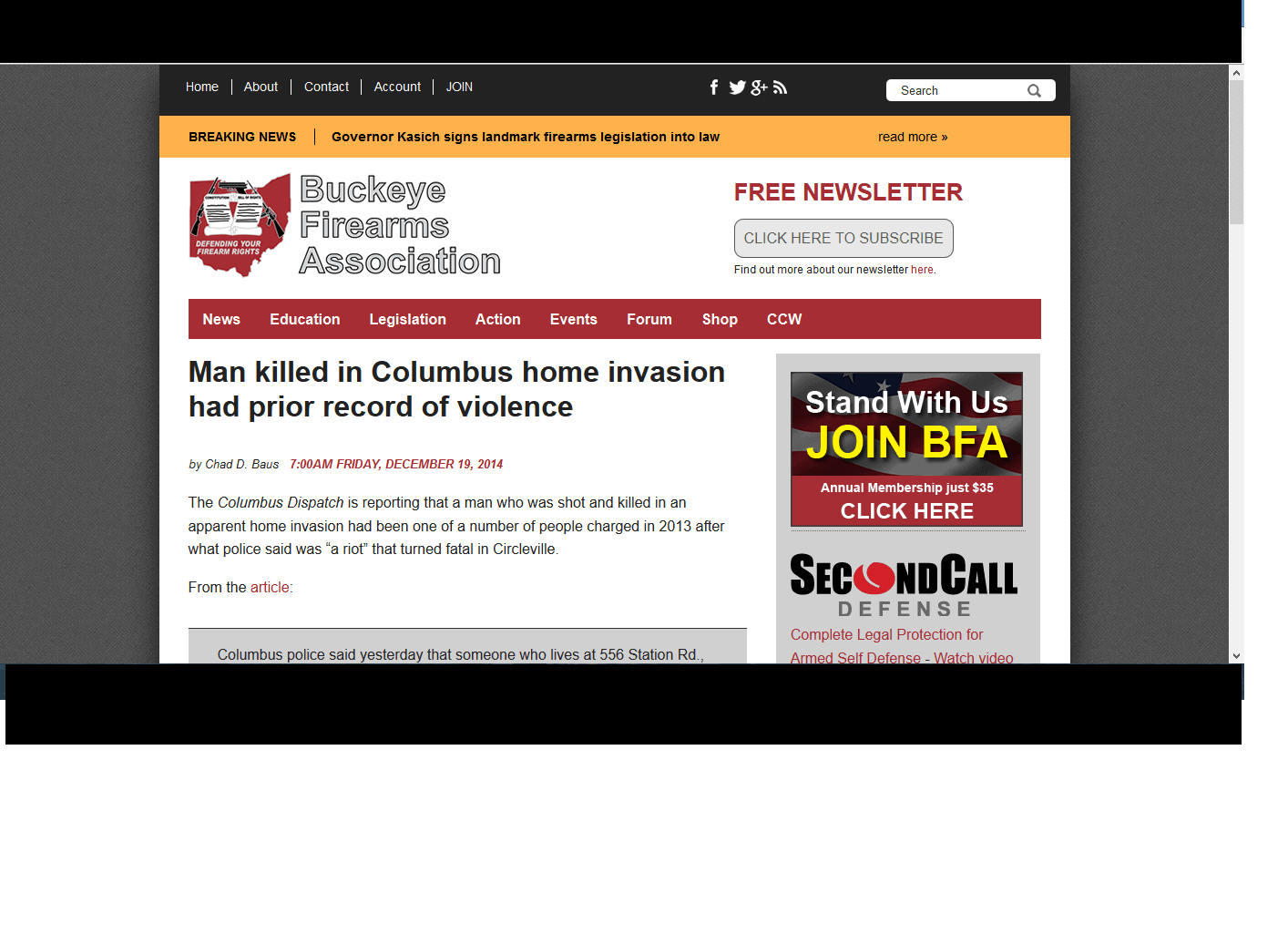 Another good reason to always have your handgun nearby, even while you’re home (and ladies that’s why purse carry is so convenient). This took place in Columbus, Ohio, near the town where GunHandbags.com was born. “Man killed in Columbus home invasion had prior record of violence.” http://www.buckeyefirearms.org/man-killed-columbus-home-invasion-had-prior-record-violence According to The Columbus Dispatch: Columbus police said yesterday that someone who lives at 556 Station Rd., south of Sullivant Avenue, called 911 at 10:17 p.m. and said someone with a gun had broken in. The caller reported that he had shot the intruder. Police responded and found Brandon Bolin, 19, dead inside the house. The resident of the home and several witnesses were interviewed by police but all were released, police said. Detectives said the investigation continues.

Gun purses are very popular with women who conceal carry. Are they the best way…