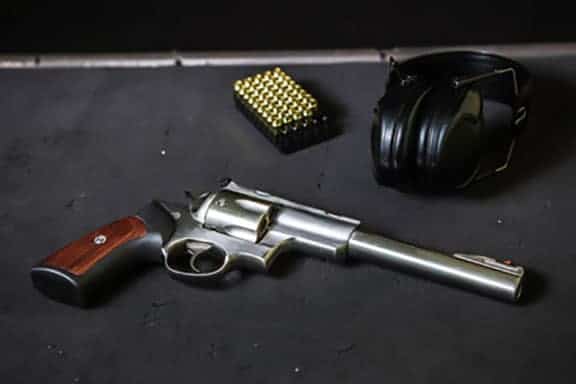 Record levels of women are picking up rifles, shotguns and handguns. But the women behind the magazines and barrels arent your stereotypical gunslingers; instead theyre moms, doctors, lawyers and secretaries. The one thing they have in common is their decision to exercise their second amendment right to bear arms.

In 2005 only 13 percent of gun owners in the United States were women. That number jumped to 23-percent of women reporting firearm ownership in 2011a 77 percent increase in less than a decade.

A lot of ladies started out, they wanted to feel more secure in their home or belongings, said Jill Frank, social media representative and firearm instructor at Kodiak Firing Range in South Bend.

Kodiak said it has seen the number of women coming into the range and store skyrocket. Will Smith III manages Kodiak and said the woman he has talked to dont want someone else to protect them. Instead, Smith said more women are expressing their desire to save themselves.

Even though gun shops may be seeing more women firing at the range, the gender gap remains when it comes to personally owning a firearm. A 2011 report released by the National Shooting Sports Foundation, about one in four women claims to own a firearm, but 46 percent, or one out of every two men, personally owns a gun.

We see a lot more ladies come in on Tuesdays and Sundays because its free, said Midways owner Rocco Rigsby. At Midwest, like many other firing ranges, certain days of the week are Ladies Night and woman can use the firing lanes free of charge.

Rigsby said many women come in before work, on their lunch breaks and after dinnertime to get in a little extra practice.

Finding a gun is a matter of personal preference and fit said Rigsby. For each new customer, many gun stores will go through a series of questions about intention for gun useprotection, marksmanship, huntingand what feels most comfortable, before any purchases are made.

An increasing number of gun stores are offering free or inexpensive one-on-one instruction on basic firearm use for first timers.

SELF DEFENSE AS THE MOTIVATING FACTOR

I was completely against it, now Im not.

Thats what Tracey Mackie said as she finished her first round of firearm shooting at Midwest Gun and Range. She, like many other woman, have decided it is time to learn how to use a firearm in self-defense.

Mackie described her neighborhood as changing, pointing to her lack of familiarity with her neighbors and rising crime rate as the primary impetus for learning how to use her gun.

When asked what drew them to the range for the first time, twenty out of twenty women told NewsCenter 16 it was for protection in the home. Increasingly women are looking inward, instead of to spouses or neighbors for a sense of security.

Riding the rising trend nationwide of female gun ownership, The Well Armed Woman is a group that offers a broad spectrum of resources for women gun owners, emphasizing personal defense. The Well Armed Woman was founded in February, 2012, but now has more than 3,000 members and more than 100 chapters across the countryincluding a newly formed group in South Bend.

For the first time this fall, a South Bend Chapter of the organization started meeting at Kodiak Firing Range. Some of the attendees were first-time shooters, others owned a gun but had never undergone range training, while some were seasoned marksman training for the competitive level.

The Well Armed Woman website focuses on gun laws throughout the different states, using firearms for self-defense and gun safety. Its one of many female-oriented organizations providing outlets for women to train and purchase firearms.

Reprinted with permission from Tricia Harte.

A LinkedIn Poll Provides Insight Several months ago, a firearms instructor posted a survey on…

Medicinal Marijuana & Firearms – What you need to know!

As more and more states legalize the medical use of marijuana, understanding the laws revolving…