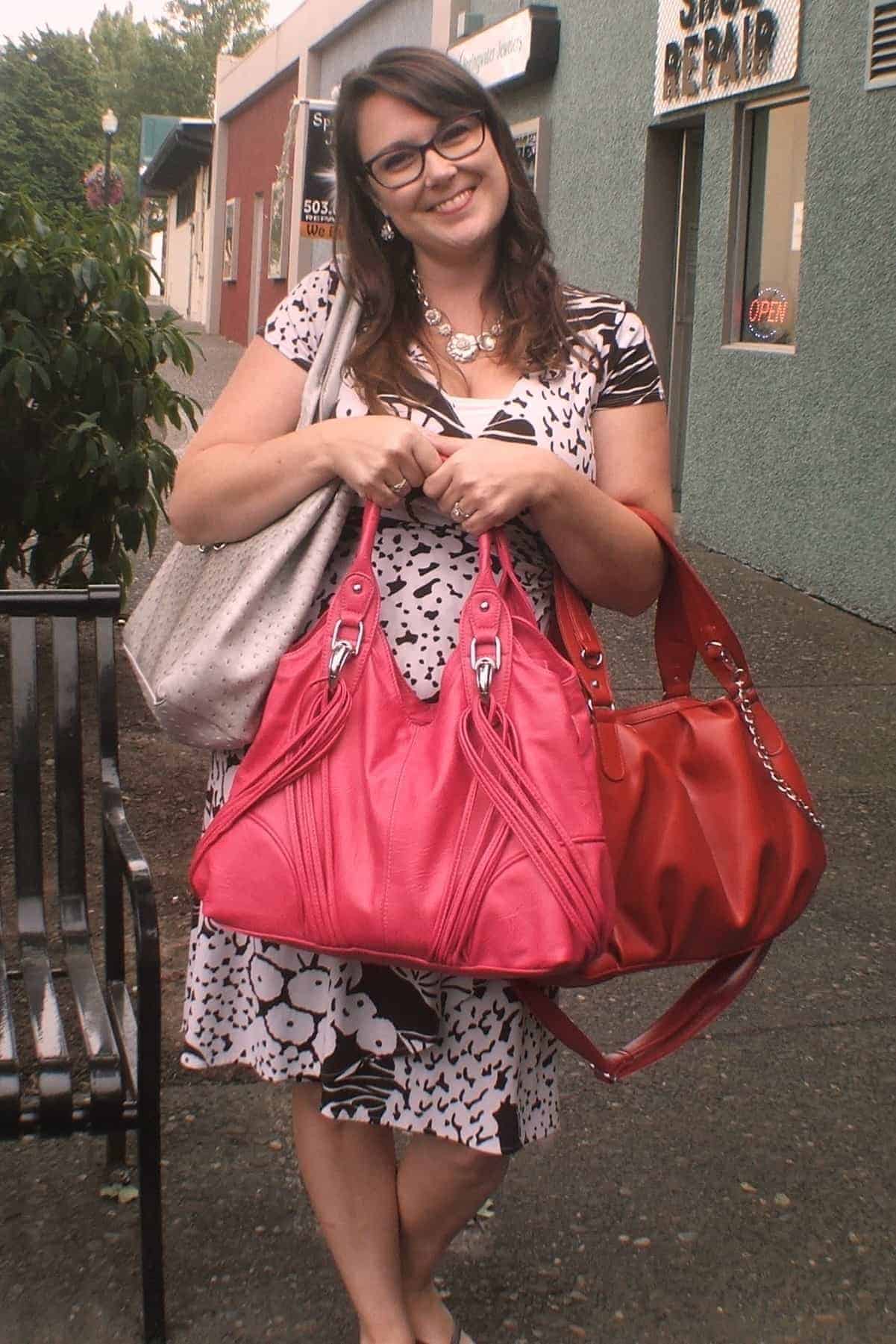 Women and our purses.  Where would we be?  We take them everywhere.  They’re our secret weapon, holding everything from kid snacks to date planners, cell phones, spare keys, coloring books, tablets and lots more.  A womans life can be found in her purse.

Handbag designers, leather companies and entrepreneurs are seeing opportunity in the fast-growing niche of concealed carry purse design.  Urban Moxy founder Krista Davis was a sales representative for high-end fashion eyewear before becoming an entrepreneur.  I decided to design Urban Moxy out of pure necessity. I had been concealing for several years and had the unfortunate experience of having to pull my firearm on a man trying to get to me inside my car. That was when I knew that I needed to have it readily available at all times… not just flopping around inside my handbag with my lipstick, cell phone and other random stuff, said Davis.

I wanted a fashionable and responsible way to conceal off body as on body was not a good option for me most of the time in my profession and wardrobe, she said.  I needed something stylish, affordable, responsible and truly concealed. I started shopping and was left wanting. So we decided to take the plunge! she added.

With Gun Toten Mamas, Coronado Leather and other high-quality brands already entrenched in the industry, launching a new line of handbags at the tail-end of a deep recession takes courage.  According to Davis, the decision was made easier when she became the victim of an attempted assault.  I had to pull my firearm and thank God that I had about 10 seconds (it felt like 1 second) to get my firearm out and it was in the bottom of my bag with all the typical things we women carry around with us daily. I wanted a dedicated pocket with only one way out (to take away the human element) so it is the same 2-3 second draw time as you could get from a concealed on-body holster said Davis.

I also knew that I wanted children and I had heard from other moms and now experienced that kids like to get into mommy’s purse so we solved the mommy problem. We did this by integrating a lockable zipper slider on the “lock it pocket” holster so if you want to set your bag on the floor when you get home or if you are on a play-date and want to be sure that someone else’s kids don’t gain access to your firearm, you can just lock it up and unlock it when you are ready to leave, she said. I found that there are a lot of us women who want to be “Loaded with Style” and not be forced to carry a boring bag just because we want to conceal and carry in a handbag. We found, through market research, that most women who love the outdoors and their pistols still like to look feminine and fashionable. I think we hit the mark, she added.

Was it tough to get things off the ground?  We started with ordering just 50 bags of one style to see how it would do without investing a ton of money into the business. I had projections and goals in place to sell through those 50 bags in 2 months which I thought was extremely optimistic. We did it in 2 weeks! We knew we were on the right track because most of our sales came from word of mouth, ecommerce and social media, said Davis.

We sell lots of Urban Moxy bags, said Stella Blubaugh of online retailer Gunhandbags.com. They have some of the best-selling bags that we carry, she added.

We do some Facebook marketing and participate in group giveaways which drives traffic to our page and we are a sponsor of Tactical Environments which can be seen on YouTube. It is going to a national audience in the next season so I expect bigger things from that. We are also vendor partners with several women’s shooting leagues all over the country, said Davis.

What have been some of Davis biggest successes?  She says When Taurus endorsed us as the most responsible concealment bag on the market and asked us to be their guest at the Houston NRA show in 2013.

I was VERY pregnant with my twins but wouldn’t miss that opportunity. I waddled around the show floor and got to meet some wonderful people who fell in love with our bags and what we were doing. Also, I love getting emails and positive reviews about our bags and that is just fuel for me to do more. It encourages me to know that people understand what we are trying to accomplish and the direction that Urban Moxy is going in, she added.

What lies ahead for Davis and for Urban Moxy?  I think Urban Moxy has made a statement that we don’t have to carry a boring bag to conceal anymore. I regularly hear that women are so thrilled to find a bag that is fashionable but doesn’t scream “I’m packing” either. We plan on staying the course and offer trendy yet tasteful designs with our signature “lock it pocket” and possibly adding in some new features in the coming years and styles, said Davis.

Don’t Let Good Manners Keep You From Being Safe

I was at a laundromat one afternoon, and I noticed a man talking very enthusiastically…

Record levels of women are picking up rifles, shotguns and handguns. But the women behind…