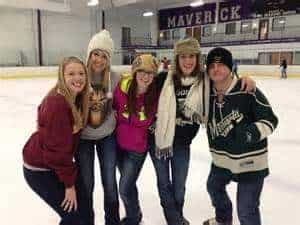 The debate on concealed carry rights on college campuses has heated up in recent months as political leaders, civil rights activists and students clash amidst recent events.  A Rolling Stone story about a woman who was gang raped on a college campus, later recanted and found to be unverifiable, ignited the issue once again.  Victims, almost always unarmed as most college campuses mandate, find themselves at the mercy of attackers who may or may not be armed.

The Leadership Institute, a non-profit political organization that provides training in campaigning and fundraising for young conservatives, recently embraced the issue.  The group recently posted an instructional video on YouTube on how to run an on-campus Strong Women Fight Back concealed carry campaign.  Included in the video are ideas and tips for navigating campus bureaucracy and organizing and managing a highly visible campaign.

According to Bryan Bernys, Vice President for the Leadership Institutes Campus Leadership Program, the organization doesnt have any other initiative focused on sexual assault.  The group believes that campuses should not be excluded from laws that allow licensed weapons in other public spaces.  Were seeing a huge push for this, he said.  Most students (around the country) dont feel theres any other way to prevent sexual assault, he added.

Nikki, a freshman at a university in Florida, is thinking about buying a gun sometime over the summer.  She plans to take a CCW training course, visit a gun range and purchase a concealed carry purse to keep her firearm nearby.  Im always aware of my surroundings and travel in groups but you never know when you might need to protect yourself.  I work part-time at night to help pay for school, and I walk to my car by myself late at night.  I like the idea of having a gun with me in case something happens.  My parents support my right to carry too, she said.

This year, lawmakers in ten states are pushing initiatives that would allow the carrying of firearms on college campuses.  They are betting that the national focus on college sexual assault will help ensure passage of their measures.

If You’re Buying a Gun Because of Relationship Troubles, It’s Time to Get Out

Have you started to realize that something isn't right in your relationship? You can't quite…