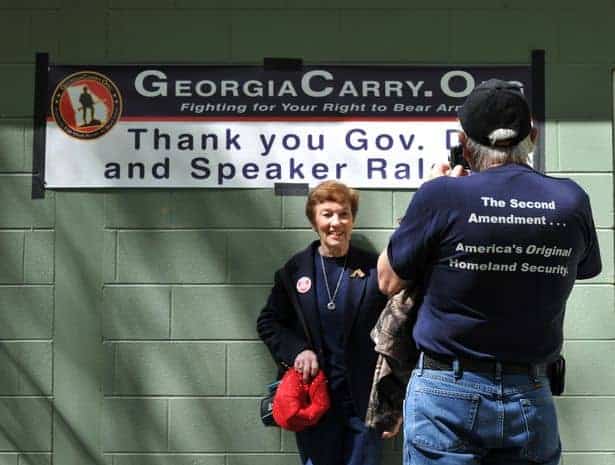 In the photo, Gene Little takes a photo of his wife, Louise, in front of a sign at a House Bill 60 signing event in Ellijay, Ga. Wednesday April 23, 2014. The gun law is a broad loosening of Georgia’s gun restrictions. Photo by Brant Sanderlin, AJC.

Which is Better and Why? If youre looking at buying either a Gun Toten Mamas®…